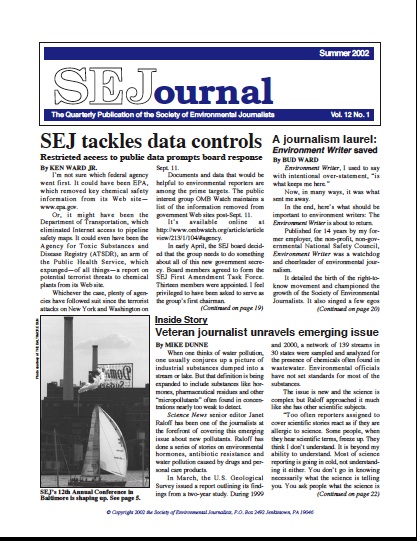 On the Cancer Trail in Florida Town
by Scott Streater

Letters to the Editor

Board to Consider Streamlined Membership Guidelines

Media on the Move

Online Bits & Bytes: Urban Sprawl May Be Just Half the Story:  Mapping Programs and Census Tell the Entire Tale
by russ Clemings

From Academe: Universities Educate on the Environment
by Debra A. Schwartz