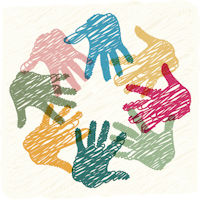 Volunteers are the lifeblood of SEJ. Member-volunteers organize tours and panels for the conference, implement the awards program, contribute to the SEJournal, serve as mentors and sit on any number of committees. Absent our member-volunteers, SEJ could not achieve the results it does.

Annual Conference. The conference is SEJ’s signature event, and panels are organized by and for journalists. A call for pitches is typically sent to members six to eight months prior to the conference dates (stay tuned for the dates of SEJ’s next conference). If your idea is accepted, you’ll need to recruit a diverse slate of speakers, including a moderator if that’s not you. Volunteers are also needed to lead tours/mini-tours and organize beat dinners.

Awards. SEJ's Awards for Reporting on the Environment honor the best environmental journalism in 10 categories, bringing recognition to the most important stories on the planet. Screeners and judges help determine which among hundreds of stories are most award-worthy. Volunteers should be active or retired journalists, or former journalists currently working in a job closely related to journalism (such as professors or journalism educators).

Time commitment: Two screeners are needed to whittle down at least seven categories, starting in mid-March or early April, with a deadline of April 16. Three judges per category begin in early to mid-April, with a deadline of July 1.
Criteria: Judges must bring an unbiased view to the awards, not selecting, e.g., favorite environmental issues but looking at the value of each news story. Judges must read and be familiar with SEJ Awards Rules and must be able to access entries online via Submittable, a contest cloud service which requires the latest version of the CHROME browser.
Contact: sej@sej.org

Diversity, Equity and Inclusion Committee. The DEI Committee works with board members/committees, SEJ members and related groups to ensure SEJ is diverse, equitable and inclusive of all races, gender identities, socioeconomic statuses, ages, backgrounds, and physical and intellectual abilities. Committee members help plan events and gatherings centered around DEI work; build and strengthen relationships with affinity groups such as NABJ, NAJA, NAHJ; plan and execute projects to improve DEI in SEJ and in environmental journalism.

Mentor Program. SEJ’s mentor program pairs veteran environmental reporters with newcomers to the beat or less-experienced reporters who want to improve their skills. Mentors typically critique stories and offer advice to their mentees.

Time commitment: At least a year of periodic (4x or more) communication with your partner
Contact: Apply through the program page

SEJournal. Each week, SEJournal Online brings members and other readers in-depth insight into the environment beat through TipSheets, Backgrounders and special reports, as well as features and columns submitted by members. These cover a range of topics and expertise, including visual journalism, teaching techniques, the stories behind award-winning work and tips for surviving as an independent journalist. SEJournal also periodically seeks volunteer editors to help with existing or new columns.

SEJ’s board also appoints members of the society to a range of committees that help advance SEJ’s goals and programs. These include:

Audit Committee. SEJ’s audit committee is responsible for reviewing and evaluating SEJ’s draft audit reports and IRS Form 990 documentation, drafting a memo outlining its review for the board of directors, evaluating proposals for audit services and selecting an independent auditor in consultation with the executive director.

Interested in assuming other leadership positions? SEJ annually elects members to the board of directors, which sets organizational goals and is responsible for ensuring that SEJ remains financially sound. Learn more about board responsibilities here. SEJ’s board also recruits society members with a diverse range of experience, including fundraising, finance, and nonprofit management, for various standing committees.
Contact: Luke Runyon, chair of the Governance Committee