When Old Ways of Reporting Are Still the Best

Freelance Files: When Old Ways of Reporting Are Still the Best

Those of us who cut our teeth in journalism before the advent of the World Wide Web often feel like dinosaurs trudging through a landscape populated by newer, more nimble species. We gaze wistfully at dictionaries or atlases on our bookshelves. We enjoy the opportunity to make a telephone call. We bend Heaven and Earth so we can abandon our desks to visit people.

Such habits might appear slow and archaic but they were once the only way of getting the job done. More importantly, they remain benchmarks for what still qualifies as a good job. Faster, far more efficient methods may have emerged, but they sometimes fall short of contributing to the very best work.

Consider, then, three features of research and writing that may have gone out of fashion in our internet age, but are most definitely not out of function. 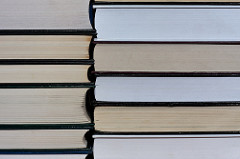 It is astonishing how much worthwhile material can be found in print, albeit in a web-searchable electronic format. Many long-lived publications and institutions, such as Scientific American or the American Association for the Advancement of Science, have digitized huge portions of their archives, so it is not surprising to run across items dating from the early 20th century or even the 1800s.

Nevertheless, such diligence is exceptional and it is folly to assume that everything you find online is everything that is worth finding. After all, the widespread use of word processors and server storage did not really get going until the 1990s. Even Google’s ambitious attempt to digitize all known books is a slow, painful process, one that regularly runs afoul of copyright and physical limitations.

If you are working on a topic with a history going back more than one or two decades, a lot of that history still lives exclusively in print and you will have to go get it, rather than have it served up to you. The best of this literature also serves as touchstones that contemporary researchers continue to respect; if you are interviewing someone about their current research, they may point you to a decades-old publication that represents the genesis of their field.

Books (remember those?) can actually be much more effective search tools on unwieldy topics because the author has already done most of the heavy lifting for you. I recently tackled a story on water fluoridation, a highly charged and still scientifically controversial matter that is all but impossible to explore intelligently on the web, so riven has it become with conspiracy theories, misinformation and disinformation. However, my electronic searching turned up an out-of-print book that was a well-crafted cornucopia of solid information on the topic, meticulously packed with footnotes.

As it turned out, the book was not available in my local public or university library, so I wound up paying almost $50 to obtain a copy through AbeBooks. At the time I wondered if this was a worthwhile purchase, but the return on that investment was profound and enabled me to produce a far better story than I otherwise could have done.

"A spoken interview allows you to track

a source's enthusiasm or frustration,

which can become the essence of a story."

Typed electronic communications have a diabolically addictive quality to them, turning the ancient human process of exchanging information and ideas into a numbers game. You can reach so many people so quickly, but it is no way to gather anything more than the most superficial of leads.

It is not the way to collect the details necessary to put together a story that is livelier than one assembled by a computer algorithm; and should you find yourself relying on social media as the backbone of your work, one of those algorithms will eventually be gunning for your job.

A spoken interview allows you to track a source's enthusiasm or frustration, which can become the essence of a story. It also establishes a relationship and builds your credibility to the point where your source will be pleased to speak with you again and recommend others for you to contact.

The advent of cell phones has made this easier than ever. I have conducted thoughtful interviews with people while they were wandering around a park on a nice day, sneaking away from their desks for a coffee or cooling their heels between flights in an airport. Likewise, I have the same flexibility at my end, so there is no excuse for missing a call just because I am not camped out at my desk.

None of this capability does us any good if we are disinclined to make a call in the first place. Far too many of us would rather not “bother” anyone with a phone call that might take all of five minutes. What you learn in those few moments could vastly outrank — gigabyte per gigabyte — whatever you receive in digital form.

The same might be said for Skype, which is the apotheosis of the videophones I dreamed of as a kid. This kind of exchange truly is the next best thing to being there, complete with the ability to look in a person’s eyes, watch them gesticulate, even peek at their surroundings for additional insights. Before any of that can happen, though, you have to pick up the line.

The best thing, to reiterate, is being there. Once upon a time, phone calls were a reporter’s last resort, when you couldn't speak with someone face to face. Nothing replaces shaking someone’s hand and being invited into some intimate space where they live or spend their workday.

I am shameless about looking around, identifying items of unusual interest that could make all the difference to a story. Sometimes it can be easy, as when I met a chemist who had a guitar hanging on his office wall, along with a story about how he still plays R&B with a local band and recommended teaching science the way we teach music (“get kids to love songs first, then get them to learn theory”).

Encounters in the flesh can even make your work easier in the long run, as it did when I wrote a profile about a chemist at York University in Toronto. He was highly accomplished but his work was highly technical; even a phone call, I realized, would likely leave me floundering. I broke down to spend a day of my life and some $150 travelling from my home near Kingston to Toronto, where I passed a grand total of about two hours in his office.

The effort was more than repaid, as I gained insights into his background as a farm kid who has brought a farmer’s mentality into a laboratory setting, which has been one of the keys to his success. I can think of no other way I might have been able to collect this kind of subtle intelligence. Knowing it now, I could have teased it out of him on the phone, but when you do not know what you are looking for, the only way to search is in person.

As for that $150, which might loom large in the mind of freelancers anticipating they will be paid little more than that, this process could seem like false economy. However, what I learned on that trip has parlayed into other stories, other contacts and additional directions that the web would not surrender even after a lifetime of surfing.

Such expenditures are more than just the cost of doing business, they are necessary investments that elevate your output beyond the rank and file, who trap themselves behind glowing screens. That means the calibre of your work will overshadow those who did not bother to leave the office or make that call.

And speaking of natural selection, before casting too harsh an eye on the dinosaurs, note that they survived the Triassic, Jurassic and Cretaceous periods, some 180 million years in all.

A full time freelance writer and editor since 1991, Tim Lougheed has written hundreds of articles for specialized and general publications in Canada as well as internationally. He also edits Canadian Chemical News, a magazine published by the Chemical Institute of Canada. He is the current president of the Canadian Science Writers’ Association, a national organization with more than 600 members across the country. His career began as a reporter with the Windsor Star and the Sault Star, then as a science writer for Queen’s University. He has degrees from the University of Western Ontario, University of Toronto and Queen’s University.