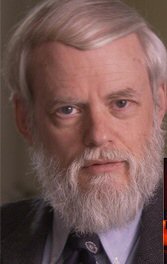 William R. Freudenburg, author, educator, science communicator and beloved member of the SEJ community, died at his home in Santa Barbara, CA, on Dec 28, 2010. He was 59.

As a professor of environmental studies at UC Santa Barbara, Bill wrote and spoke thoughtfully and often about the need for scientists to engage the public. He worked consistently in various settings to improve communication between scientists and journalists. He also wanted journalists to understand the professional risks scientists take in this process, a topic he explored last year for SEJournal.

Bill was still sharing his wry humor and best advice with us through the fall, when SEJ board and staff were finalizing plans for a board meeting, roundtable with UCSB faculty, and public program on environmental journalism that will take place at UC Santa Barbara later this month, truly in his memory.

“I was privileged to hear at least two of Bill’s presentations while covering scientific conferences,” said SEJ President Carolyn Whetzel. “Those talks demonstrated his ability to communicate complex issues. He will indeed be missed. As many have said, Bill was a true friend and supporter of SEJ. We appreciate all he did for our organization.”

In 2009 as founder of the Association for Environmental Studies and Sciences (AESS), Bill worked closely with SEJ's Jay Letto, Peter Annin and Chuck Quirmbach to dovetail some events of the First Annual Conference of the AESS with those of SEJ's 2009 Annual Conference in Madison, including a great party at the Aldo Leopold Legacy Center, and a memorable (and rarely allowed) sunset visit to The Shack.

Bill Freudenburg’s most recent publication was Blowout in the Gulf, co-authored with Robert Gramling, on the BP oil disaster. He was working on yet another book in 2010, one that he had put aside to finish the oil disaster book. The SEJ community hopes and trusts that this work will be published posthumously. An impressive listing of William R. Freudenburg’s many other publications and accomplishments has been shared through Wikipedia.

Friends and colleagues are invited to post memories and condolences to this tribute site, where you'll also find information on a January 22, 2011 memorial service at UCSB. All are welcome.

Obituaries can be found here:

Bill's family has asked that in lieu of flowers, memorial donations be made "to the UCSB Foundation and designated for the Freudenburg Academic Development Fund or your favorite environmental cause or charity."

June 2011 — UCSB launched a video website in Bill's honor. It contains 15 videos of Bill Freudenburg, including: