The View from Texas — SEJ a Horse of a Different Color? 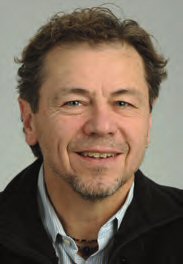 There is a young cowboy who lives on the range. He sits on his horse all day and night in front of the Texas Tech University’s National Ranching Heritage Museum in Lubbock, where, along with 19 big bronze Longhorn cattle, he’s part of a sculpture installation titled “Gathering the Yellowhouse Canyon.”

I met that cowboy, whose permanent squint angles toward the far horizon, in October during SEJ’s 22nd annual conference, as the Saturday night party at the museum wound down. Folks from the pancake-flat high plains of West Texas say things there look different from the back of a horse. I wanted to see for myself, so I took the opportunity to climb up and sit for a spell with the cowboy astride the horse. It provided a grand vantage point to survey the scene, although I’m pretty sure the Lubbock conference would have looked like a big success from just about anywhere. It kicked off Wednesday night with a freelancing workshop, followed by a well-attended awards program and a screening of James Redford’s documentary, “Watershed: Exploring a New Water Ethic for the New West,” which addressed maybe the biggest issue in that parched part of the world where Dust Bowl memories can blow up into a haboob at any time.

On Thursday, conference tours headed to the distant horizons, visiting a nuclear power enrichment facility, Carlsbad Caverns National Park, sandhill cranes and raptors at the Muleshoe National Wildlife Refuge, the Pitchfork Land & Cattle Company ranch and a fracking tour that climbed around on a shale oil well where drilling was at 8,000 feet deep on its way to 11,000 feet. Sessions on Friday covered climate change, fracking, genetically modified food, women’s health, water management in the desert West, FOIA in an increasingly opaque governmental landscape and new NASA satellite imagery. In the evening, attendees visited Texas Tech’s Natural History Museum for dinner and a preview of “The Dust Bowl,” the latest Ken Burns documentary. Saturday sessions discussed toxic chemicals, extreme weather, cotton, water and politics. Sunday’s books and breakfast session highlighted Rachel Carson and the 50th anniversary of her seminal work, Silent Spring. Easy to see that the conference, which attracted 560 participants and was masterfully chaired by Randy Lee Loftis and wrangled by Jay Letto, was all great guns. (You can get recordings of conference proceedings here.)

But squinting at the hazy horizon was definitely in order this summer in Boulder, where the SEJ board, faced with hard financial and program choices, took some long and hard looks at SEJ’s future. SEJ’s foundation funding is declining at a rate to rival the Ogallala Aquifer, and decisions about which programs, services and events SEJ can continue to fund with a contracting budget are at hand. With a grant from the Brainerd Foundation, SEJ hired a Denver-based consulting firm to conduct a survey, analyze the findings and help us set organizational priorities and strategies for what may very well be a very different future organization. The board was charged with trying to figure out what SEJ needs to do to be an effective organization for journalists and environmental journalism in a rapidly changing world. It was encouraged to prioritize programs, refocus the organization to meet measurable goals and structure the staff and board to meet current and future realities.

According to the consultant, SEJ’s membership will likely continue to tilt toward freelancers who have different needs than the dwindling number of more traditionally employed journalists. And its fundraising must become more diversified and flexible, and will be more successful, if the organization can narrow its program offerings and set clear measurable goals. The consultant urged the board to select priorities that would provide a clear map of SEJ’s future direction for funders, members and future boards. In an attempt to refine and focus the board’s vision, the consultants also pushed what some board members said was an artificial division: asking the board to choose whether SEJ was a membership organization for journalists or a journalism advocacy organization.

Some board members felt the organization should focus on membership recruitment, retention and outreach and member services. Such an organization would likely require its members to supply the bulk of its funding. Others acknowledged that a strong membership base is important but focused on the need for more and better journalism about the environment as the organization’s prime mission, and one that could find support from foundations that also supported that goal. At the end of the day, the board declined to go down either path, instead pursuing a dual approach that was essentially a hybrid of both, against the advice and much to the frustration of the consultants.

That route is more in line with SEJ’s 1990 articles of incorporation, which state that the organization shall operate exclusively “for charitable, scientific and educational purposes,” and also with its legal status as a 501(c)(3) organization, which requires it to function as an educational and charitable group with broad social purposes, and not as a trade association or business league. Specific purposes noted in the articles of incorporation include educating journalists reporting on the environment so they can better inform the public and encouraging discussion between journalists and the public on important environmental issues. A lot has changed in the decades since SEJ was started, and the organization will continue to make changes to better serve its evolving membership and public understanding of environmental issues. But those basic incorporation principles continue to be what SEJ is all about.

We will need to prioritize our programming to meet budget limitations and that will be painful. We will need to be innovative to succeed in the long term, and that will be exciting. But SEJ remains a strong and vibrant organization dedicated to helping journalists understand and report on the environment independently. And I hope I speak for all members, and not from some high horse, when I say we can’t quit that.

Don Hopey has covered the environment beat at the Pittsburgh Post-Gazette since 1993. He also teaches an environmental issues and policy class with a writing component at the University of Pittsburgh, and for the last five summers has been an instructor for the public lands issues and fly fishing section of the Pitt Honors College Yellowstone Field Course.

* From the quarterly newsletter SEJournal, Winter 2012-13. Each new issue of SEJournal is available to members and subscribers only; find subscription information here or learn how to join SEJ. Past issues are archived for the public here.