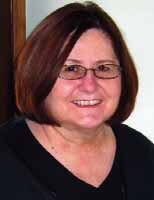 A recent project by Columbia Journalism Review and ProPublica revealed it’s not just SEJ members who have a tough time gaining access to federal information or scheduling interviews with scientists or other experts at federal agencies.

Results of the CJR/ProPublica survey of science, health care, environmental, and other journalists found many others experience the same frustrations in dealing with federal agencies as SEJ members do when trying to speak to government sources or simply get comment or reaction to breaking news.

The survey and related story, “Transparency Watch: A Closed Door,” by CJR’s Curtis Brainard in the magazine’s September/October issue, was the first of a series of efforts this fall by journalism groups and news organizations to raise concerns over transparency and access issues at government agencies. (More details on the survey will follow.)

SEJ teamed up with CJR and the National Press Club to host an Oct. 3 [2011] event called “Access Denied: Science News and Government Transparency” in Washington, DC.

Brainard and SEJ former President Tim Wheeler organized the panel of journalists moderated by Seth Borenstein of The Associated Press. The journalists shared their experiences in dealing with federal agencies during the Obama administration and prior administrations. (Environmental Protection Agency officials, however, did not respond to repeated invitations by both Brainard and Wheeler to participate).

Politico’s Darren Samuelsohn, one of the panelists, reported the Obama administration had processed freedom of information requests requested under the Bush administration.

Felice Freyer, a medical reporter for The Providence Journal and board member of the Association of Health Care Journalists, shared how the Food and Drug Administration press office had her jump through hoops for comments on a story, only to end up days later with no comment.

Stories in the High Country News, NewsPro, and other publications followed, focusing both on the CJR/ProPublica survey and individual experiences of journalists.

A series of reports by other groups grading the Obama administration on transparency and access issues have also been released in recent months, many of which SEJ’s watchdog Joe Davis has posted on SEJ.org. Like the CJR/ProPublica survey and even the anecdotal evidence SEJ has collected, the latest studies conclude that while the Obama administration has made some progress in making some information and data more accessible to the public, it is still has a long way to go in providing the transparent and open government it promised.

The 400 journalists CJR/ProPublica polled — a random sample of members of SEJ, the Association of Health Care Journalists, the National Association of Science Writers, and Investigative Reporters and Editors — gave the Obama administration generally poor marks on access and transparency issues, but found marginal improvement over the Bush administration.

“The outcome of the poll was not exactly what I expected,” Brainard told me.

Conversations Brainard had with journalists prior to the survey indicated many believed transparency and access had grown worse under the Obama administration, he said.

Also, Brainard said the survey indicated that journalists who spend the most time working with the government were likely to give the Bush and Obama administrations “poor” grades overall for transparency/access.

“I would have thought that people who spend more time working government have established better lines of access and therefore feel less frustrated,” Brainard said. “The idea that the more you try to gain access the more disappointed you are, is really worrisome.”

Brainard said younger reporters that he spoke to as part of the survey were not as concerned about transparency and access problems. “I suppose that’s likely due to the fact that, unlike their older colleagues, they can’t remember a time when they didn’t have to jump through so many hoops to get hold of an expert or piece of information,” he said.

“I’ve had a lot of terrific feedback on the transparency piece and the event at press club from frustrated journalists who were gratified to CJR, as well as journalism groups such as SEJ, AHCJ, and NASW, for tackling ongoing problems related to access,” Brainard said. “I received dozens of compliments from journalists and watchdogs of all stripes, many of whom shared stories about obstruction and obfuscation that they’d encountered while reporting on science, health, and the environment.”

CJR plans to continue tracking these issues as part of its ongoing transparency project, Brainard said.

Meanwhile, SEJ will continue its work to address transparency and access issues.

Last year SEJ submitted comments on draft scientific integrity policies proposed by NOAA and EPA. In both submissions, SEJobjected to policies that would require advance approval by public affairs officials before reporters could speak to scientists or other staff experts and require public affairs staff to be present during interviews.

SEJ also will try to continue its dialogue with the EPA, to address the difficulties members have reported in working with the agency’s press office to obtain comments, information, or arrange interviews.

* From the quarterly newsletter SEJournal, Winter 2011-12. Each new issue of SEJournal is available to members and subscribers only; find subscription information here or learn how to join SEJ. Past issues are archived for the public here.