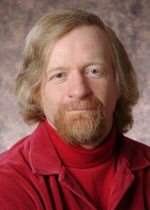 "Folks, I'd be remiss without saying a few words about David Stolberg passing away this year...

"David Stolberg was SEJ's founding father. Back in 1989, David was an executive at Scripps Howard, and he convinced that year's Meeman Award winners to meet in DC to begin the process of founding SEJ. I was fortunate to be at that first gathering, and I remember the excitement.

"We've been honoring David at every conference the past 10 years or so with the Stolberg Award, which is given out annually to recognize the outstanding volunteer work of one of our members... recognize one, among the scores and scores of members whose volunteer work makes this group, well, really something special.

"Okay, now the fun part… I’ve nominated a bunch of Stolberg winners over the years, and many of my picks have won.

"This year, I got to judge too… along with my fellow judges President Carolyn Whetzel and VP Peter Fairley.

"We considered numerous worthy candidates, but, in the end, the decision was easy.

"He’s always soft-spoken, yet never carries a big stick. He’s simply one of the gentlest and sweetest souls I know. And the S.O.B. almost never, ever curses.

"He’s helped oversee the SEJ elections for years, and he was a conference chair two years ago in Madison… where he finally learned how to curse again.

"Yeah, that’s right… He’s not only our first cheese-head winner… I did some research… he’s also our first red-headed winner.

"He’s our man still holding 'em accountable in Wisconsin… not a small task these days.

"You might recognize the name, or at least the sweet voice, from his many stories that went national on NPR.

"Y’all know who I’m talking about by now… oh yeah… we all love him… Chuck Quirmbach, the mainstay of Wisconsin Public Radio. C’mon up here, Chuck…"

Back to main Stolberg award page.