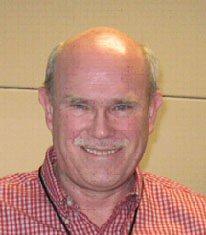 TO: Beth A. Parke, executive director
The Society of Environmental Journalists

April 16, 2013 – SEJ’s recent statement calling for greater openness to the press by the U.S. Environmental Protection Agency struck me as perfectly aimed. As a journalist in Pittsburgh for 20 years, I encountered both cooperation and obstruction in getting the story.

My selection in 1997 as chief of public affairs for the U.S. EPA’s Mid-Atlantic Region was based on my experience and instinct for working with reporters and editors. With direction through my chain of command, I effectively handled many important stories, earning the respect of journalists, the trust of political appointees, and gold medals for my work on the national anthrax response and mountaintop removal mining.

But nothing prepared me for the level of resistance to public disclosure that I encountered from political managers at the EPA during the past two administrations. There are, I believe, three reasons for this.

The most obvious cause of government cover-up is the appointment of too many campaign workers to political management jobs at EPA, especially at the national headquarters in Washington D.C. Having drunk the Kool-Aid, these true believers live in fear that their loyalties will be questioned anytime a press officer or scientist sings off-key anywhere across the vast expanse of America. Their solution too often is to gag everybody in the regional offices, and hold press officers accountable that no one speaks without permission. Clever reporters, of course, develop inside sources, which usually tightens the gag.

The second reason government doesn’t talk is too many lawyers. Government attorneys want to control information about cases they are working on. An EPA lawyer once told me that I could go to prison if I released, without the lawyer’s permission, some insignificant information that a reporter had requested. I pointed out that my job description required me to uphold the public’s right to know, and I was advised that, as a government employee, I had no First Amendment rights.

The rationale to cover up (they don’t call it that) is rooted in attorneys’ instinct to get court approval of everything, including any statement by parties to a legal proceeding. Other excuses to keep the public in the dark are overuse of business-confidential shields, and the fact that most permit and settlement negotiations are a long work in progress which would be disrupted by premature disclosure.

The third reason government press managers cover up, obstruct and delay is simply because they can.  The demise of print journalism has emboldened HQ political appointees to shut down all communication by regional press officers.  In the cacophony of the Internet age, the conventional media has lost its clout. Government publicists have others way to deliver their messages.

Even routine requests for information are routed to headquarters. Reporters are told they must submit all questions in writing. Official replies often are long-delayed, non-responsive, and timed for optimum benefit of the agency. Both press officers and reporters wince about the Friday afternoon news release tossed over the transom after 5 p.m. by the last staffer leaving the office.

During President Clinton’s first term, inexperienced Democratic media handlers fell short in their efforts to steer EPA communications. They failed to overcome resistance from Congress and from entrenched Republican bureaucrats. Then Republicans shut down the federal government in 1995. Democrats responded by empowering managers at the regional level to tell the public about all the government services that were no longer being provided (such as air monitoring and Superfund cleanups).

The Democrats’ success taught the George W. Bush Administration how effective spokespersons in regional offices could influence public opinion. The Bush EPA reacted by appointing loyal partisans to manage regional communications. HQ promoted aggressive outreach to local news media, effectively told stories that often outran the facts, and made it abundantly clear to regional press officers that one false move would get them shunted aside.

In the Obama Administration, political appointees suffered the usual first-term paranoia. Sadly, it seems that Democrats feel less able than Republicans to manage regional staffs. To assuage their anxiety about uncontrolled information, HQ “controllers” cut regional press officers out of the loop. They resolved their fears, covered their posteriors, and controlled the message by introducing the practices SEJ decries - press inquiries are referred to HQ for unresponsive replies and endless delay. This is no way to fulfill the president’s promise of greater transparency. But it serves well those appointees who want no trouble on their watch. Internally, these policies are justified as “from the White House,” which is a bit of overreach.

Administrations come and go. No one is willing to do business without lawyers. And the print media are unlikely to get stronger in this online era. But the demise of the print media also diminishes the cadre of well-informed journalists who provide a reliable foundation for all news reporting. Citizens can only be well informed when the public can trust government officials to act like partners, not adversaries.

There is hope that in their second term, Obama appointees will see the folly of obstructing the press, and learn to tell the straight story using the capable public affairs staffs in the EPA’S regional offices whom reporters know and trust.

Fortunately for the public’s right to know, lawmakers enacted the Freedom of Information Act, a powerful tool to pry information out into the open. Government public affairs managers may stall, whine and obstruct, but eventually they have to obey a FOIA request or tell a judge why they won’t.

As the Internet becomes more factually reliable, political efforts to gag government workers and spin the truth will suffer the same failure as all censorship efforts.  The truth ultimately will prevail.  Meanwhile, hopefully SEJ will continue its efforts to prevent censorship and to promote open government.