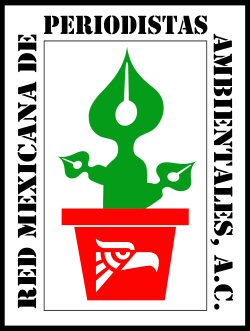 We, the members of the Mexican Environmental Journalists Network (REMPA, for its initials in Spanish) feel profoundly indignant and aggrieved by the most recent killings of Mexican journalists in the states of Chihuahua, Veracruz, Morelos and Sonora—which are on a long list of media professionals who have violently lost their lives or who have been disappeared—and which emphasize even more strongly the degree of risk faced, and the danger involved, in engaging in our profession in our country.

It is undeniable that the killing of journalists in Mexico constitutes a growing phenomenon that appears to have no limits.  The impunity with which fellow Mexican journalists have been brazenly killed has generated anger, uncertainty, fear, and feelings of impotence within our profession. This situation cannot go on.

Today, the most prestigious organizations defending the human rights of journalists consider Mexico to be the most violent and unsafe country in which to work as a professional journalist. The brutal murders of 95 journalists, both men and women, and the disappearance of 17 more between March 2000 and May 18, 2012, is proof of this.(1)

The situation has only gotten worse in the past month with the death of eight more journalists and the disappearance of another.

On April 20 of this year in Chihuahua, Francisco Javier Moya Muñoz and Héctor Javier Salinas Aguirre were shot to death in a bar, along with 13 other people.

In Veracruz, just this past April 28, Regina Martínez Pérez, reporter for the magazine Proceso, was executed in her home.  And on May 3, 2012, paradoxically World Press Freedom Day, the bodies of three fellow reporters were found with clear signs of having been tortured: Guillermo Luna Varela and Gabriel Huge, from the Vera News Agency, and Esteban Rodríguez.

With these latest murders, over the past 10 years, 15 journalists have been killed in Veracruz, eight of whom died violently during the administration of Gov. Javier Duarte de Ochoa, who took office on Dec. 1, 2010.

But it does not end there. On May 14, Cecilio Rodríguez, a photographer from Veracruz who works for the weekly Proyectos was kidnapped in Chinameca, Veracruz, and remains missing.

This past May 13, the lifeless body of journalist René Orta Salgado was found in his car in Cuernavaca, Morelos, victim of a violent death.

And on Thursday, May 18 in Ciudad Obregón, 39-year-old journalist Marco Antonio Ávila García, reporter on the police beat for the newspapers El Regional and El Diario de Sonora de Cajeme was kidnapped by an armed commando unit.  Marco Antonio was cruelly tortured and found dead the following afternoon in an empty lot along the “México-Nogales” stretch of the federal highway in Sonora.

In view of what has happened to date, the members of REMPA express our most energetic rejection of the attacks against free speech and journalism in Mexico, we request that the Mexican government guarantee journalists’ safety, and we demand justice for the transgressions against those journalists no longer with us.

We also call for the Mexican government to:

Today, journalism’s social role in building democracy and in aiding the development of peoples and nations is recognized worldwide.  Violence against professional journalists in Mexico cannot continue to go unpunished and society cannot remain silent.  Therefore, we ask that all free men and women of this country raise a unanimous voice to demand both absolute guarantees for the practice of journalism in every corner of Mexico, and punishment for the murderers of journalists.  If the Mexican government does not know, cannot or does not want to know, then we will make them listen.

1. Data from Reporters without Borders, Article 19, Center For Journalism And Public Ethics, Committee for the Protection of Journalists, International Press Institute, and the Special Commission for Monitoring Violence against Journalists and the Media.

REMPA thanks Debra Valov for this English translation. En Español.