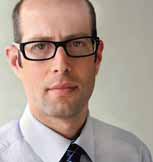 Abrahm Lustgarten is a reporter for New York-based ProPublica, which describes itself as "an independent, non-profit newsroom that produces investigative journalism in the public interest." He has reported for ProPublica on the boom in natural gas drilling in several parts of the U.S. and on issues related to the BP oil spill in the Gulf of Mexico.

Lustgarten is a former staff writer and contributor for Fortune who also wrote for Salon, Esquire, The Washington Post and The New York Times before joining ProPublica.

He won the 2009 George Polk Award for Environmental Reporting for his ProPublica coverage of environmental hazards associated with hydraulic fracturing, a method of drilling for natural gas. He and other ProPublica staff members involved in that coverage also won the Society of Professional Journalists' 2009 Sigma Delta Chi Award for online investigative reporting.

Lustgarten answered questions emailed by SEJournal's Inside Story about ProPublica's coverage of the Gulf spill. He will be writing a book about BP's leadership culture and its environmental and safety record in the years leading up to the spill.

Q: When did you join ProPublica? What was your prior experience in reporting on environmental issues?

A: I joined ProPublica at its inception, in April 2008. I'd been reporting since about 1996, and focused increasingly intensively on environmental issues since about 2003. From 2004-2007 I was a writer at Fortune, where I focused on both the energy and resource industries, and on the evolution of "green" or sustainable business opportunities and investment. At Fortune, this was the way to cover the environment. Besides clear environmental and pollution concerns addressed in magazine feature stories like those about the tar sands in Alberta (2006) and uranium mining in Kazakhstan (2007) and natural gas drilling in Sakhalin (2008), I wrote about issues ranging from Walmart's sustainability efforts to BP's "green" rebranding effort, the evolution of sustainability indexes and carbon trading like the Chicago Climate Exchange, and about new ways of evaluating environmental impact economically, like Joseph Stiglitz's concept of Green GDP.

From 2001 to 2005 I also worked on an investigative book project about China's westward development and the construction of a railway to settle the Tibetan Autonomous Region (China's Great Train: Beijing's Drive West and the Campaign to Remake Tibet). That book, among several important economic and social issues, also chronicled the climate change trends of the melting permafrost on the Tibetan Plateau, and the race for mineral and water resources in the plateau and Himalayan regions.

Q: The oil spill at the BP well started on April 20 with an explosion that killed 11 workers and injured another 17. ProPublica's first story — a piece on the Minerals Management Service by staff reporter-blogger Marian Wang — was posted on April 29. You had a pair of stories the next day — one on BP's environmental and safety problems leading up to the Gulf spill and another on the hazards of oil dispersing chemicals. When and how was it decided that ProPublica — founded as an investigative reporting organization — would start doing investigative coverage on this breaking story? Were there any previous, rapidly changing stories that ProPublica jumped on in a similar way?

A: ProPublica's coverage of the spill in the Gulf has been an experiment from the start, and a departure from how we have covered other topics. We both recognized the Gulf spill as an important environmental story that would frame the year's news, and also as an opportunity to weigh in with a certain amount of expertise, since I had covered BP for several years at Fortune, and also gained considerable knowledge of drilling topics like well-drilling procedures, cementing and blowout preventers and chemical use, largely stemming from my coverage of the natural gas industry. The question, of course, was how we could cover the Gulf spill without competing with the daily newspapers, and adding substantially to the conversation based on our strengths.

We sought to do several things — use Marian's blog posts to highlight developments and other reporting that we felt had an accountability angle, and then to devote more intensive reporting to other opportunities as they arose. At first, it was easy to get out ahead of the pack. I knew BP's history and saw the Gulf accident in that context. And no one was asking questions about the use of chemical dispersants at the time I published our first article about them.

After a few weeks the competition in these areas became more heated, and we backed off to focus on a long term investigation of BP, still in progress. We said from the start that we would not focus intensely on what went wrong in the Gulf, because we expected other news organizations to quickly provide that coverage. We aimed to cover the periphery of this issue, and find interesting stories where few others were looking.

Q: No one knew, of course, how long the oil would continue to gush from the damaged well. Did you and your colleagues begin your reporting with a long-range coverage plan? To what extent did your coverage decisions evolve as news developments occurred? Were there key coverage aims or specific story ideas from the start? Did the level of ProPublica's engagement with the story grow as the spill continued?

A: We recognized early on that the Gulf story would last six months at a minimum, if not far longer. We didn't have a specific plan, necessarily, except to seize opportunities to do reporting we felt wasn't being done elsewhere, and to try to fill gaps left by other reports. Our coverage has been a very fluid and spontaneous effort, with the exception of our one long-term investigation that is still under way. Marian Wang, as I said, does daily reports that can answer a simple question or two, or which highlight good reporting in other publications. I lead our more in-depth coverage and reporting.

Q: I'm posing these questions in mid-July. ProPublica has produced dozens of articles on the spill since the first ones back in April. How many staff and freelance journalists have been involved in this coverage? How were the reporting duties divided up? For instance, how did your role differ from that of Wang, another staff member whose byline has appeared on a lot of ProPublica's spill stories?

A: There are essentially only two of us here working on ongoing Gulf-related coverage; myself and Marian Wang. Ryan Knutson was a talented summer intern and helped with my initial investigation into BP's history of safety concerns. And he followed up with our reports on the history of the Texas City Refinery while I was reporting in Alaska. Ryan has since moved on to Frontline, where he is working on their end on a joint documentary project with ProPublica based on my investigation into BP's history and leadership culture.

Q: A notice was posted on ProPublica's website inviting BP employees and contractors in the Gulf to provide confidential information about work conditions and management and their observations. What kind of response did you get? Did any information or documents that you received lead to stories?

A: Our solicitation of sources proved extremely helpful. Many present and former BP employees contacted me, often after learning that we could use their information on a background basis and did not need to make their names public. Mostly the solicitation helped us build out a sense of what it is like to work at BP, and to learn about operations at a number of specific facilities. Documents were mostly sourced elsewhere, the result of relationships that required a bit more coaxing and cultivation with people in more senior positions.

Q: On June 7, a story that you wrote reported that internal BP investigations, which were previously undisclosed, had led to warnings that the company's chronic disregard for safety and environmental rules might lead to accidents. Along with other documents, you wrote, they "portray a company that systemically ignored its own safety policies across its North American operations — from Alaska to the Gulf of Mexico to California and Texas." A version of the story was co-published by The Washington Post. Please tell me some of the key details that you can divulge about how the story came about.

A: The foundational basis for this story was my past experience reporting on BP and other oil industry majors over several years. I had a running start with long-time source relationships, including some people in very senior management positions. At about the same time that I was digging into internal documents and investigations at BP, I was introduced to several BP contract workers who shared stories about specific incidents and facilities that were allowed to operate out of compliance with regulatory and company guidelines. These leads, combined with some good hard digging into public records and court documents, led to most of what was included in that report.

Q. What are some of the key ways tha ProPublica's BP coverage has differed from your reporting on natural gas drilling-both in terms of the reporting process and the published producr?

A: Getting an inside view of how BP works has required careful and patient cultivation of relationships more than almost any other story I have worked on. Where the gas drilling investigation was more dependent on collecting obscure public records from regulatory agencies and on studying scientific and geologic processes that few others had the patience to delve into, the BP reporting is almost entirely dependent on individuals' willingness to divulge confidential information. Most of the information for the BP stories was either private internal data or publications, or protected by confidentiality agreements with former workers. Whereas the gas drilling story was colored by environmental groups and "victims" who were eager to share their perspectives, the subjects of the BP story have taken great risks to work with us and needed coaxing to do so.

Q: At this point in mid-July — a few days after a containment cap reportedly stopped the flow of oil from the damaged well — is ProPublica planning to continue its investigatory coverage of the spill story and related subjects?

A: Yes. I am working on a joint project with PBS Frontline that will air October 27, an hour-long documentary about BP. I will write several incremental news stories between now and then, and a larger print project around that air date as well. And Marian will continue to recap the daily events related to the cleanup in the Gulf. As I mentioned, I am also working on a book project.

Bill Dawson is assistant editor of the SEJournal. Contact him at b.dawson@earthlink.net