Dykstra Returns to the Calling of Journalism, Climate Change and the Next Best Story 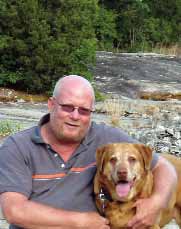 Among SEJers, Peter Dykstra is one of the most widely known and highly regarded figures in the world of environmental journalism. He worked for 17 years at CNN, serving as the network’s executive producer for science, environment, weather and technology. During that time, he shared Emmy, Dupont-Columbia and Peabody awards.

Before his CNN career, he was national media director for Greenpeace. After leaving CNN, he launched a video news series called Science Nation for the National Science Foundation in 2009 and was deputy director in charge of communications for the Pew Environment Group from 2009 until 2011.

In May 2011, he was named as publisher of Environmental Health News and The Daily Climate, affiliated websites that publish original journalism and aggregate environmental news reports by hundreds of outlets around the world.

Q: What have you been doing (and what will you be doing) in your role as publisher of Environmental Health News and The Daily Climate?

A: I’m nearly a year in as of this writing, and I’m enjoying it immensely. We have a hard-working, seasoned team that’s aggregating the world’s environmental news and offering strong original pieces as well. The aggregated content is a great source of story leads and historical research for journalists, all free of charge.

Q: The announcement of your appointment said you had been assigned to broaden the sites’ reader base and increase distribution of their enterprise reporting. What are some of the ways that will or may happen? How large was that reader base when you joined the organization?

A: We’re growing, with more email subscribers and more web visitors. We launched an aggressive social media effort that’s growing quickly, and worldwide. There's been some great original content that’s been picked up by large news organizations. EHN is nine years old and Daily Climate is four. Our goal is to greatly increase the reach of both sites. We're still pretty far behind Justin Bieber and Lady Gaga in terms of traffic, but our audience is a great cross-section of opinion leaders. Roughly equal numbers of journalists,academics, NGO’s, government officials, and for-profit readers.

Q: The same press release said one key aim is to position EHN and TDC so they can do an even better job of providing access to “quality journalism at a time of drastic cutbacks for traditional news organizations.” Am I right in inferring that you and your colleagues think quality journalism is still out there, but perhaps not as easy to find as it should or could be?

A: Many conventional news organizations are turning their backs on substantive, quality reporting on specialized beats like science and environment. But quality journalism doesn’t happen without quality journalists, and they’re everywhere. Between our editors, Marla Cone and Douglas Fischer, contributors like Rae Tyson and Bill Kovarik and myself, we’ve got five current or former SEJ board members. We have other bylines, like Jane Kay, who topped the San Francisco environment beat for years, and rising stars like Brett Israel and Lindsey Konkel. Pete Myers is the CEO, and he literally wrote the book on the key, emerging topic of endocrine-disrupting chemicals. Well, at least he co-wrote the book. Quality journalism hasn’t gone away. Not a bit. Some big news organizations are missing their backbones, but we’ll do everything we can to fill the void.

Q: You’re a person who has paid a tremendous amount of attention to environmental coverage for quite a few years now. Amid all the “drastic cutbacks” in basic public-affairs reporting — not least, in reporting about environmental issues — what is your very general view of the situation right now? Have things stabilized for the moment? Still deteriorating in terms of reductions in staffing and other resources?

A: It’s a disgrace, and a threat to the ideals of a healthy democracy and a well-informed public. SEJ and its members are shining exceptions, but the current high level of contempt for not just journalists, but scientists, public servants, artists and teachers reminds me a lot of the McCarthy Era. It’ll get better because it can’t get much worse.

Q: What’s your view of the role and importance of non-profit news organizations in the future? Will they be increasingly important as a substitute for some of the coverage that’s been eliminated as commercial outlets cut back? What are some of the particular pitfalls and difficulties you see as more non-profit outlets are launched?

A: I started journalism school during the year of the peak enrollment for journalism majors, 1975, right after Woodward and Bernstein. Those days may be gone, but nonprofits are one of the brightest hopes out there.

Q: You’ve moved between key leadership roles in journalism and environmental advocacy during your career — from Greenpeace to CNN to Pew and now to EHN and TDC. What were some of the main challenges you faced in doing this?Or was it easier than one might imagine? How did your experiences in journalism inform and influence your work in advocacy, and vice versa?

A: Many journalists tend to hold a theocratic view that these two fields are irreconcilable. That’s BS. They each have their own rules, and it’s not brain surgery to follow the rules for either. I’d like to think I’ve benefitted from learning the rules for both. As a journalist, I know how advocacy works, and vice versa. Advocating a position does not mean you’re lying for cash payments. That’s different. I have no regrets about the very different career stops I’ve had, and have learned from all of them. And I’ve lowered my blood pressure by 20 points since I took this job.

Q: During your years at CNN, you were an active, high-profile member of SEJ, serving both as a board member and conference chair. Do you expect to become that active again? In any case, do you think SEJ’s role is different or changing now, compared to the time when you were in leadership positions with the organization?

A: It’s heartbreaking to see so many SEJ stalwarts lose their full-time positions at major news organizations. But the organization is still strong. I’m not a fashion-show kind of guy, but the SEJ Miami conference was a real triumph.

Q: Looking beyond the hot issues of the moment, are you willing to venture a guess about what key subjects will be occupying environmental journalists a few years from now? Admittedly, there are so many unknown unknowns, as Donald Rumsfeld put it, which make such predictions a very risky business.

A: I always told my CNN folks that their stories should look smart on the day they’re aired, and look even smarter 20 years down the road. By this standard, environmental journalism already has a lot to be proud of. There’s nothing I’d like better than for my colleagues and me to be proven totally, abjectly wrong about things like climate change. But the science says there’s very little chance of that. Our refuge is to tell the truth as we see it, about climate, about human health and the environment, about the oceans, and about habitat loss. They’ll all still be issues for our lifetimes and beyond. It’s not a pretty picture, but at least we’re doing our jobs well.

Bill Dawson was the long-time assistant editor of SEJournal.

* From the quarterly newsletter SEJournal, Spring 2012. Each new issue of SEJournal is available to members and subscribers only; find subscription information here or learn how to join SEJ. Past issues are archived for the public here.