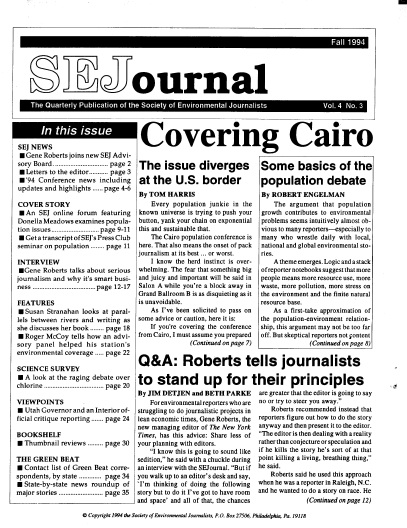 Letters to the editor

’94 Conference news including updates and highlights

Get a transcript of SEJ’s Press Club seminar on population

A look at the raging debate over chlorine