If you didn't sign up ahead of time for the Saturday night party or Sunday brunch at the Library Galleria, there may still be room — please check with registration.

Sign up here for Thursday Open Screen, Friday beat dinners and Saturday mini-tours. Read up on SEJ Board candidates, and find information about SEJ Award winners, membership and services. Pick up copies of SEJournal and other SEJ information.

Tours in the Field

Advance registration is required for all Thursday tours. Attendance on each tour is strictly limited, so registering early is important. Departure times vary (see below), but all Thursday tours will return to the Doubletree Hotel about 5:00 p.m. For those looking for some exercise, tours 1, 4 and 8 are your best options. Other tours involve moderate exercise. Tours 3 and 9 are best suited for wheelchair accessibility.

Buses will stage and depart from the parking lot outside the California Ballroom foyer, near registration. A cash-and-carry kiosk is available for tours leaving before 7:00 a.m.

Some tours might be able to take stand-by passengers. To tour standby, report to registration 20 minutes before the scheduled departure time and have your tour fee available.  Standby passengers will be admitted on a first-come first-served basis after those already on a wait list.

Buses will return to the Sacramento Doubletree around 5:00 p.m. for a night of wining and dining by hosts of independent receptions. You'll find hors d'oeuvres, drinks, press kits, chats with environmental experts, good cheer and great networking. 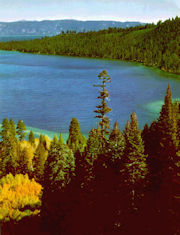 Lake Tahoe is the second deepest lake in the U.S., and one of the most beautiful. It is also threatened by stressors such as drought, climate change, development, wildfire and invasive species, which we will explore on this trip. The tour will include two tracks: land and water. We will ride a research boat with scientists from UC Davis and the University of Nevada, Reno, who have been monitoring the lake for many years. We will also take a hike with wildlife ecologists and wildfire experts, who will share with us their research on watershed restoration, wildlife ecology and more. You will be dazzled by the lake and its surrounding Sierra, and you will walk away with sources and story ideas that will resonate in other regions as well. Total drive time – 5 hours.

It’s been called the breadbasket of the world, and for good reason. Farmers in California’s enormous Central Valley grow more than 250 crop varieties, generating tens of billions of dollars in revenue each year. But while many people have no idea where their food comes from, so, too, are they unaware of the environmental consequences of “Big Ag”: the conversion of historic wildlife habitat, the depletion of streams and groundwater, and the spraying of pesticides on the edge of urban communities. In fact, despite being surrounded by some of the world’s most fertile farmland, thousands of Valley residents live in “food deserts” without easy access to fresh fruits and vegetables. From the rice fields of the lower Sacramento Valley to the sweeping almond orchards of the San Joaquin, we’ll explore the successes and failures of agriculture and the implications for California and the U.S. Total drive time – 3 hours.

The California Coast and Pacific Ocean are a great starting point for understanding the environmental challenges and solutions offered on the other 71 percent of the planet that's blue. Bodega Bay is famous as the site where Alfred Hitchcock filmed "The Birds" (years before avian flu emerged). This tour will include visits to the Bodega Bay Coast Guard Station and UC Davis Bodega Marine Laboratory, with options to ride on an 87-foot Coast Guard Cutter and hike a natural headland. You’ll learn about scientists working with a local oyster company on ocean acidification, newly created marine protected areas and new research on oil spill response, sea level rise, marine noise pollution and other cutting-edge issues impacting the ocean, coasts and communities. And, we'll have Hog Island oysters after lunch. Total drive time – 4.5 hours. Coverage.

When President Obama designated the Lake Berryessa landscape a national monument last year, it made headlines across the country. The biologically diverse region is full of active geysers, water snails, newts, mountain lions, bald eagles and leather oak. But, it’s also quietly recovering from environmental damage. Mercury mines from the 1950s left a trail of pollution. In fact, the lake’s grebes have the highest mercury levels in the state. And the Wragg fire scorched 8,000 acres last year, near the monument’s geologically active pull-apart basin. And then, there’s the drought. We’ll explore this beautiful and dynamic landscape on a morning hike, climbing 2,000 feet before discussions followed by lunch overlooking the lake. Total drive time – 3 hours. Coverage.

5. Mines, Vines and Wines: Gold and Grapes in the Sierra Nevada 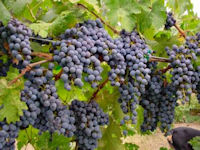 NOTE: There will be a $5 surcharge for tasting at one winery.

Last year, wildfires nationwide burned more than 10 million acres and firefighting costs skyrocketed to $2.1 billion. More than 2,000 homes in California alone were destroyed by wildfire. We’ll head to the Eldorado National Forest, where the King Fire burned 97,000 acres in 2014 and scorched 50,000 acres in just one day. We’ll examine the effects of large-scale wildfires in the Sierra Nevada and discuss fire behavior in the face of drought and climate change. We’ll learn about the current and historical role of fire and how it affects a watershed, species diversity and wildlife habitat. We’ll take a hike at the Blodgett Forest Research Station, where since the 1950’s UC Berkeley scientists have studied ways to improve forest management. We’ll also visit homeowners who lost property during the King Fire and talk about living in the wildland-urban interface. Total drive time – 3 hours.

7. Water Is for Fighting: Drought, Water Supply and Climate Change

Take a visit to ground zero of California’s water wars: the Sacramento-San Joaquin Delta. The largest estuary on the West Coast is the central hub of the state’s vast and antiquated water- delivery system. Conflicts here over Delta water signal what’s to come across the country amid climate change. You’ll visit huge water pumps so powerful they can make rivers run backwards in order to ship water hundreds of miles to Southern California. You’ll see massive fish screens that seek to protect several species of endangered fish. You’ll hear from supporters and detractors of a controversial plan to re-plumb this fragile estuary. The trip will feature a boat tour and, if time allows, a beer break at the quaint and quirky Fosters’ Bighorn saloon in Rio Vista. Total drive time – 4 hours. Coverage.

(7:45 a.m. departure, $50 fee, includes lunch and kayak rental; kayakers will be on the water for 60 to 70 minutes, making it a gentle to moderate paddle)

We’ll paddle through marshes and a flooded island and examine environmental problems that have brought the Delta smelt to the edge of extinction — if not over it — and caused havoc with other wild fish. We’ll set out from the Big Break Regional Shoreline to get a sea-level view of California’s huge Sacramento-San Joaquin River Delta, ground zero for the struggle to allocate water between fish, farms and people. Peter Moyle, the UC Davis scientist who alerted the public to the brewing demise of the smelt, will be among our expert guests. We’ll lunch at the Big Break natural history center and afterwards check out part of the Suisun Marsh, the largest brackish water estuary on the West Coast and home to duck clubs and extensive waterfowl habitat. Total drive time – 3.5 hours. Coverage.

In October 2015, California Governor Jerry Brown signed legislation that codified two goals from his 2015 inaugural address: increasing energy efficiency in California buildings by 50 percent and generating half of the state’s electricity from renewable sources by 2030. This tour offers a glimpse of how California plans to meet the ambitious targets. We begin with a visit to the California Independent System Operator, including a tour of the control room, the nerve center of the state’s grid. Next, we visit 2500 R Midtown, a net-zero energy neighborhood, touring homes equipped with rooftop solar panels and advanced energy storage systems. Last, we visit CleanWorld’s Sacramento anaerobic bio-digester, which converts up to 100 tons of food waste daily into renewable natural gas, electricity and fertilizer. Total drive time – 2.5 hours. Coverage.

The UC Davis bookstore is on site to sell SEJ members' and speakers' books, as well as offering environmental books handpicked for the SEJ conference. Authors book signings are scheduled from 8:00 - 9:00 p.m.

Now a popular SEJ tradition, this is the conference’s best networking opportunity. After spending the day out and about on tours, meet with the hosts of multiple receptions (read their invitations here). They’ll have experts on hand, as well as displays, materials and, of course, great food and drink. There are multiple locations, so be prepared to make the rounds — and don’t miss the sneak peek at exhibits and alternative-fuel vehicles. Sign up for test-drives during the receptions.