You Are the Heart of SEJ 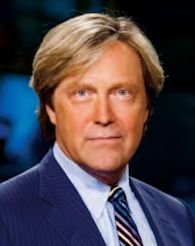 It happened with striking quickness.

Now, together, all of us can honor those 79 by pitching in to expand our membership even further.

We want to use this 25th anniversary year to ask you to carry on the torch of those founders: Help tell the world about the Society of Environmental Journalists and invite journalists, students and academics to join. You are SEJ’s best method of growing.

Your membership in SEJ gives you access to added professional skills and insight, a family of colleagues there to help you at a moment’s notice, and an annual conference unmatched in the journalism world.

But membership in SEJ does something else as well: It makes a statement.

The size of our ranks, which has climbed to between 1,200 and 1,500, says to editors, publishers, readers, viewers, listeners and citizens that we care about quality reporting of issues of the environment.

Our membership says that a powerful contingent of dedicated journalists is actively representing the desires of many thousands of news consumers who want greater coverage of these issues – in many ways, the most important stories on the planet.

We can’t do it without you

The staff and board of directors at SEJ work tirelessly to expand our reach and bring in more members. We do that primarily through our awards for excellence in journalism, which routinely set new records in the number of entries, through attendance at our incredible conference and events, through regional meet-ups from Portland to New York, on social media (Facebook page; FB group), in grants from our Fund for Environmental Journalism and more.

You can help reach potential new members for SEJ in several categories:

1) Journalists with an interest in covering issues found along the broad spectrum of environment and energy,

2) Academics who teach, research or write about these issues,

3) Students who want to learn about the field of environmental journalism.

We hope you always take the opportunity to tell people within these vast groups: “You should join SEJ!” Tell them that membership in SEJ will be as important to them as it is to you. That it makes you better at what you do. That it makes a statement to the world about the importance of covering these issues.

The simplest way we can all help bring in new SEJ members is, whenever you see a quality story about the environment, to reach out to that journalist.

It’s easy and fun, actually. I usually spot the reporter’s email linked to the story, send a short note congratulating him or her on an excellent story, and suggest he or she join the SEJ team.

Imagine if you were on the receiving end of an email from a fellow journalist thanking you for a well-written story and inviting you to join a group of like-minded colleagues.

And it’s my strong belief that potential members needn’t be on the environment beat full time. Indeed, there are very few of us these days who report solely on the beat. Yet I believe it remains one of the most desirable types of stories that writers and journalists want to cover. So I find they have an intrinsic interest in what we do.

You can also help by raising awareness. See a great story about the environment? Tweet it out using the hashtag #sej or get it retweeted to thousands more by including @sejorg. Mention SEJ on Facebook, and come join SEJ’s terrific Facebook Group Page, where we have over 3,000 members and growing (come click “join” today and get us to 4,000).

Have a speech or lecture scheduled? Mention SEJ in your talk, as Associated Press reporter Seth Borenstein did the other day to a group in Washington, D.C. that was full of potential new SEJ members.

Whenever you do reach out or mention SEJ publicly, let us know. Share your story on the SEJ listservs.

More difficult for journalists is helping to raise funds to keep SEJ going. Still, if you see a person or entity you believe might be interested in supporting our vision statement, send your lead to the SEJ headquarters staff. Just one lead can make a big difference.

I find the easiest way to bring in funds for SEJ is to tell organizations, companies, institutes, NGOs that they can advertise in the SEJournal or in the conference program, or buy an exhibit table at the conference.

Just look at your inbox for leads. Tell them “imagine having hundreds of journalists who specialize in environment and energy issues all in one place at one time – there is simply no greater opportunity than at an SEJ conference.” It’s true. Send an email to HQ with your lead and they’ll follow up.

SEJ is so fortunate to have SEJ’s founding executive director, Beth Parke, as our staff leader still today. I believe she’s the reigning queen of professional journalism organizations in the world. Beth recently had lots of fun digging up some statistics about SEJ’s 25-year life that she has seen firsthand. Here are some of her tidbits that really should make us all so proud:

SEJ has survived the turmoil in the journalism industry. Our membership numbers have slipped in recent years. But we believe the turmoil failed to hit us even harder because journalists see such value in SEJ, especially during difficult times.

We bring family. We bring excellence. And with your help this year, we’ll set new membership records by the time we convene again for our annual conference in October.

Meet in the bar after the panels. And we’ll all conjure up more plans for the future of SEJ.

Timed wonderfully but coincidentally to our anniversary is a major expansion of our Fund for Environmental Journalism. SEJ’s annual round of grants to journalists for reporting projects will nowhave an infusion of additional grant money thanks to support fromthe Grantham Foundation for the Environment, Burning RiverFoundation, Cornelius King Foundation, hundreds of individualsand now the Wyss Foundation.

Not only will the additional grant money allow SEJ to add tothe more than $100,000 in mini-grants given away so far, but wewill now offer journalists compensation for their time as well assome expenses, travel fellowships to the SEJ conferences and fornew, full-time reporting positions awarded to the nonprofit HighCountry News to establish a Washington DC bureau, and the LosAngeles Times, for stories from a new bureau based in the West thatotherwise would not be funded.

All journalism supported by the news organization grants willbe made available free of any charge to the public. When it comesto funded journalism, SEJ is an ideal firewall because we are a journalismorganization run by journalists determined to maintain editorialindependence for the recipients.

Jeff Burnside is a senior investigative reporter with KOMO television, Seattle’s ABC station, and has served on the SEJ Board for eight years. He’s been awarded several working fellowships and is the recipient of more than 20 journalism awards. A Seattle native, he has reported on coral reef decline, overfishing, killer whales and biomedical research, from locales like Berlin, Bali, the Arctic Circle, Panamanian jungles, and throughout the Caribbean, Hawaii, and the Everglades.