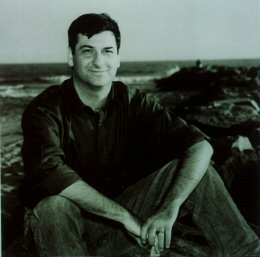 A Pulitzer Prize-winning journalist and author, Edward Humes started his writing career in newspaper reporting, gravitating to stories that allowed him to dig behind the scenes and beneath the surface looking for questions others hadn't asked or imagined. Later, Humes left newspapers to write nonfiction books, starting with real-life murder mysteries and moving to a wide variety of topics, including the nation’s crumbling juvenile justice system, the California high school that went from worst to best in the state, and the harrowing but surprisingly humane world of a neonatal intensive care unit. In his more recent books, believing the environment to be the most important story of our age — for ourselves, and for our children — the author has focused on narratives about sustainability, the environment, and the critical issue of waste embedded in our economy and culture. 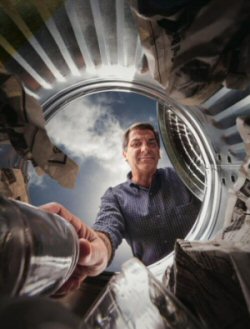 Humes is currently updating his latest book, Garbology: Our Dirty Love Affair With Trash, for the paperback edition, and researching his next book, which will be his fourth on an environmentally themed topic (the other two were Eco Barons and Force of Nature). He is also finishing a magazine article on the 80+ communities in California that are considering or have adopted bans on plastic grocery bags, one of many environmental articles he has worked on in the past year, including fracking in Pennsylvania, the military's interest in alternative energy, and EPA's numbers problems with waste.

You can find links to Edward Humes' prolific body of work on his blog/website: www.edwardhumes.com. He also encourages you to follow Garbology on Facebook and connect with him personally on other social media.