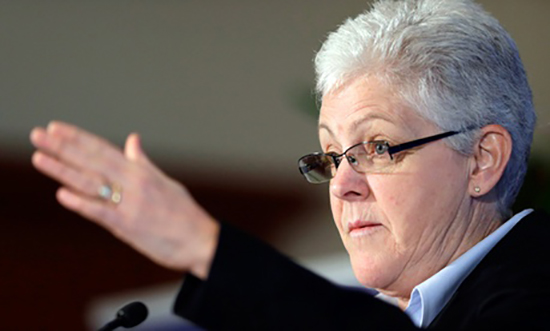 By Beth Parke and Joseph Davis

Administrator Gina McCarthy says “we want to be as transparent as we can.”

If that’s so, why did nearly a week go by after the massive chemical spill in West Virginia before anyone with EPA would speak, even briefly, with a reporter for the Charleston Gazette? With the water supply of 300,000 worried people contaminated, why did it take days longer for follow-up information to be supplied?

Sadly, such communication delays by EPA are not limited to crises.  Journalists frequently report waiting for days and in some cases weeks to get EPA to respond to routine requests for information or interviews.

EPA’s mission is to protect public health and the environment. The agency’s website says it must ensure that “all parts of society … have access to accurate information sufficient to effectively participate in managing human health and environmental risks.”

But as we saw in West Virginia, officials with answers are not available when it counts. Who’s really in charge at EPA?

How can the public get the information it needs when the agency doesn’t respond in a timely way to journalists’ questions about what EPA knows or is doing?

Members of the Society of Environmental Journalists often are the reporters on the front lines trying to pry information from EPA.  They have seen an agency that for much of the 1980s and 1990s was considered one of the most open in the federal government become incredibly secretive, especially under the Obama Administration.

As we celebrate “Sunshine Week,” it’s worth noting that nowadays EPA in many cases simply fails to answer questions posed by journalists on behalf of the public – even some that are routine and non-controversial. When the agency does respond, a favorite tactic is to wait until just before or even after a reporter’s deadline and then mail a short written statement that does not answer the questions.

EPA Administrator McCarthy has said the only reason for delay in responding to press queries is to find the best, most knowledgeable person in the agency to address the issue.  But that is taking days or even weeks if it happens at all.

When EPA does make officials available, all too often the interview is directed to an administrator who actually lacks detailed knowledge. This from an agency that once routinely responded to reporters’ inquiries within hours.  A key problem is that the agency has started requiring all interactions with the news media to go through a once-responsive Public Affairs Office. In the past many agency scientists and officials were free to speak when a reporter asked questions. But now because all inquiries go through the Public Affairs Office, many go unanswered.  This problem has become chronic.

Judging from her public comments, Administrator McCarthy seems to understand the importance of providing prompt, full information to journalists and their audience, the public.

“The more we can get our story told and the information out, the better we all are,” McCarthy said in an interview not long ago. “Facts should speak for themselves, and we should get them to you as quickly as we can."

So what’s the hang-up, then?  Who’s really in charge?

This article was co-published by Environmental Health News.