Yale Climate Connections and the Pulitzer Center on Crisis Reporting are partnering on a new program of fellowships, conferences and content sharing meant to strengthen domestic and international reporting on climate change.
Yale Climate Connections, a program of Yale University’s School of Forestry & Environmental Studies established by SEJ co-founder Bud Ward nine years ago, consists of frequent blog posts of original reporting by a team of freelancers across the country, and also of a daily 90-second radio program, “Climate Connections,” now airing on more than 265 public radio stations and outlets nationwide.
The Pulitzer Center each year awards some $1.5 million to underwrite freelance journalists’ research, reporting and writing activities for a wide range of print, broadcast and online news outlets. It is the single largest independent contributor to PBS NewsHour coverage.
Pulitzer Center Executive Director Jon Sawyer, former Washington, D.C., bureau chief of the St. Louis Post-Dispatch, said of the new partnership:“This is an important new initiative — tying our Campus Consortium partnerships to institutions that are national leaders on the topics we address. For climate-change reporting there is no better partner.”
SEJournal Online spoke briefly to Ward about the partnership, announced in late October. 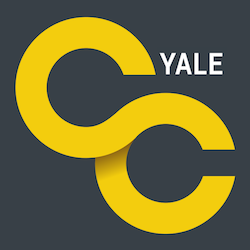 SEJournal Online: What was the impetus behind the new initiative?
Bud Ward: It’s part of an ongoing effort to nurture top-notch reporting on climate change, which we see as one of the most important stories of the 21st century. It’s also a logical evolution in our effort to build partnerships with leading media interests addressing climate change, energy and related issues through what we call “evidence-based journalism” — the kind of extensive public opinion research and survey work that my colleague Anthony Leiserowitz of the Yale Program on Climate Change Communications, and his fellow researcher Ed Maibach of George Mason University, have done to better understand public understanding of and interest in climate-related issues.
That research has already been key in shaping our two-year-old daily radio program’s emphasis on solutions at the local and regional levels to address climate change issues (although when I say solutions, the problem itself is so complex and challenging that suggesting something is a "solution" seems presumptive).
SEJournal Online: What’s the importance of your partnering with Pulitzer?
Ward: We see a continuing need for partnerships among universities and independent journalism interests to help fill the news and information voids left by the decline of traditional newsrooms, which face financial challenges from declining advertising revenues, and competition from online information sources, among other things. We’ll continue to explore additional content-sharing partnerships with media interests and expect to formalize additional collaborations soon.
SEJournal Online: So what does the Yale-Pulitzer partnership have planned?
Ward: The first joint program planned involves a December conference at Yale featuring Science magazine writer Eli Kintisch, who has benefited from Pulitzer Center funding on a number of occasions. A second joint program is planned in the spring of 2017 with an emphasis on best practices of reporting on climate change issues on radio.
SEJournal Online: Can you tell us more about the fellowship opportunities for environmental journalists?
Ward:  At this early stage, we know that the fellowship component of our partnership will involve both freelance journalists, who as Center fellows will receive grants to support their reporting on climate issues, and also students who will be included in workshops and other training projects. The beauty of this partnership at this point is that we have both a history of Pulitzer Center fellowships over 10 years to learn from, but also the luxury of not having to fit into a specific mold. There's no cookie-cutter mold we'll be held to, but both we and the Pulitzer Center folks have stipulated we'll share responsibilities for selecting climate-reporting fellows and workshop participants.
SEJournal Online: What’s in store in the longer term?
Ward: I really need to emphasize that we're at the earliest stages of this program, and we're looking forward to being creative not only with the kinds of programs we work on but also with the fellowships program itself. It’s a cliché to say the sky is the limit, but there’s no question that the climate for sure is our limit. Nobel laureate and songwriter and poet Bob Dylan told us years ago that ‘The times, they are a-changin,’ and that’s nowhere more true than with the news media and the way people go about accessing and interpreting news.
For more on the Yale-Pulitzer initiative, see the October 27 announcement.
* From the weekly news magazine SEJournal Online, Vol. 1, No. 2. Content from each new issue of SEJournal Online is available to the public via the SEJournal Online main page. Subscribe to the e-newsletter here. And see past issues of the SEJournal archived here.
SEJ Publication Types:
SEJ News
Topics on the Beat:
Climate Change
Visibility:
Public