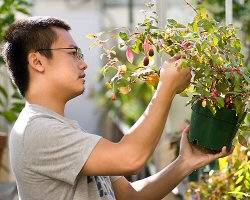 The University of Wisconsin-Madison

Great Lakes, Great Rivers, and the Land of Leopold

Wisconsin is defined by water. The United States’ largest river lies to the west. To the east lies the largest lake located entirely within U.S. borders. And to the north is the granddaddy of them all — the largest lake (by surface area) on the face of the planet. Minnesota is the ‘Land of 10,000 lakes,’ but Wisconsin is home to 15,000 lakes and ponds; we just don’t brag about them as much. And there are 12,600 streams stretching 84,000 miles — enough to circle the globe three times.

But Wisconsin is also the Land of Leopold, Aldo Leopold; father of the land ethic, and father of the first designated Wilderness area in the United States. His book, A Sand County Almanac, has been printed more than 2 million times since 1949 and it is a key literary touchstone of the modern American environmental movement. His family’s humble “Shack,” which plays such an important role in Leopold’s book, continues to host a steady stream of pilgrims from around the world, some of whom are overcome with emotion when they cross the building’s dusty threshold.

Wisconsin was also home to a young Scottish immigrant named John Muir, who spent several formative years on a farm in the central part of the state before wandering west. And then there’s Gaylord Nelson, the late governor and U.S. senator known as the founder of Earth Day.

Of course Wisconsin is also the land of beer, where many of our microbrews are more than 100 years old. And cheese. We can’t forget the cheese. Despite stiff competition from larger and more populous states, Wisconsin remains the number one supplier of cheese in the country. More recently the state has become a hotbed of the local and organic food movements, and a driving national force in community-supported agriculture.

The state is also the largest producer of cranberries in the country, and it has been the largest paper producer in the United States for more than half a century. And Wisconsin’s Menominee Tribe has long captured international acclaim for harvesting trees on a highly unusual 180-year “old growth” rotation.

So it is with this rich, historical, natural resource backdrop that we heartily invite you to attend the 2009 SEJ Annual Conference in Madison. It promises to be a great conference, in a great state, and a great city, and a great university, at a truly formative time in American history.

Yes, times are tough, and the media business is feeling the pain as much as anyone. But Madison is cheap, history is being made all around us, and several of President Obama’s key environmental voices are expected at SEJ this year. With prospects like that, can you really afford to sit at home?

We don’t think so, which is why we plan to see you in Madison this fall.

THE UNIVERSITY OF WISCONSIN-MADISON

The University of Wisconsin-Madison is one America’s premier public research universities. Throughout its history, the university has helped foster a sense of connection and responsibility to the natural world through environmental scholarship. John Muir was a student at Wisconsin before matriculating to the “university of the wilderness.” Aldo Leopold taught at Wisconsin while formulating his seminal land ethic. Gaylord Nelson, former governor, U.S. senator and principal founder of Earth Day, studied law at Wisconsin. Today, environmental education and research are elemental in dozens of programs, such as the Nelson Institute for Environmental Studies and its Center for Sustainability and the Global Environment.

The university itself is situated on 1,000 scenic acres in the heart of Madison and boasts unique natural and cultural features, including its world-famous Arboretum and the world’s largest assemblage of Native American effigy mounds on a university campus.

Wisconsin’s capital city is known for its natural beauty, stimulating cultural offerings, distinctive restaurants and shops, and an irreverent spirit of fun. The downtown is built on an isthmus between two glacial lakes, which have wonderful lakeshore walking and biking paths. Much of the vitality of the central city comes from the University of Wisconsin-Madison, which is just a few blocks away at the end of legendary State Street. On State Street you’ll find galleries, museums, shops and some of the city’s most-loved restaurants. Madison has been dubbed the nation’s smartest city, a perfect college town, the friendliest city in the Midwest, and one of the top 10 greenest cities in the United States. Local attractions and restaurants. See also "36 Hours in Madison, Wis.", New York Times, July 5, 2009.

Other area highlights include:

Photo Caption: While outdoor winter temperatures hover in the single digits, student worker Xia Lee, a senior studying biology, picks fruit to encourage further blooming of Fuschia plants growing inside the Botany Greenhouse at the University of Wisconsin-Madison on Jan. 22, 2008. The plant is a common teaching tool used by several botany classes studying flower formations. The 8,000-square-foot greenhouse features more than 1,000 species, including distinct aquatic, desert, and tropical communities; supports the instructional and research needs of the Department of Botany and other university departments; and is open to the public.
Photo courtesy: Jeff Miller/University of Wisconsin-Madison.