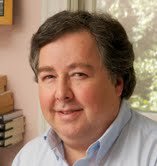 Dan Fagin wrote his first environmental story when he was 16. It was about the failures of his school’s recycling program – the custodians were cheating! He’s been writing only environmental stories since he was 27. He’s 50 now, so that’s a lot of stories! Along the way, Dan has twice been a principal member of reporting teams that were finalists for the Pulitzer Prize. He’s also won both of the best-known science journalism prizes in the United States, from the American Association for the Advancement of Science and the National Association of Science Writers.

Dan spent most of his career at Newsday but left in 2005 to become a journalism professor at New York University, where he directs the Science, Health and Environmental Reporting Program, one of the oldest and best-regarded science journalism training programs in the world.

In 2014 Dan won the Pulitzer Prize in the category of General Nonfiction for his new book, Toms River: A Story of Science and Salvation, published in March 2013 by the Bantam Books imprint of Random House.  Reviewers have described Toms River as “a new classic of science reporting” (The New York Times), “a gripping environmental thriller” (Kirkus Reviews, starred review), “a crisp, hard-nosed probe into corporate arrogance and the power of public resistance” (Publishers Weekly), “absorbing and thoughtful” (USA Today), “required environmental reading” (The Philadelphia Inquirer), and “a triumph” (Nature).

Dan’s other recent publications include Nature, The New York Times, Scientific American and New Scientist. He is also the co-author of Toxic Deception (2002, Common Courage Press), which The New York Times described as “the story of the triumph of a special interest over the public interest.” He has been a Templeton-Cambridge Fellow in Science and Religion at the University of Cambridge and has also had fellowships at the Marine Biological Laboratory in Woods Hole, Massachusetts, and the Institute of Arctic Biology in Toolik Lake, Alaska, where he distinguished himself by falling into the lake on the very first day.

The Society of Environmental Journalists has been a big part of Dan’s life for almost as long as he’s been a reporter. He was on the SEJ board of directors for six years, including two years as SEJ president. He’s been to all but three of SEJ’s 22 annual conferences and hopes never to miss another one!