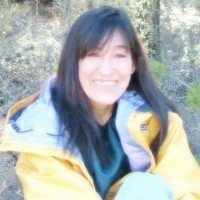 Terri Hansen, a member of the Winnebago Tribe of Nebraska, has been reporting on environmental issues since 1992. Her special focus areas have been the impacts of toxics on human health, and environmental justice in the Native American community.

In 1994, a diversity fellowship took Terri to SEJ’s annual conference in Provo, Utah, and Sundance, where she was privileged to meet some of the country’s top environmental journalists as well as future SEJ mentors. Freelance assignments followed, as well as a position as environmental correspondent for Indian Country Today, the primary source of news for Native Americans in the U.S. and Alaska — a newspaper at the time that later evolved into a weekly magazine (This Week from Indian Country, from Indian Country Today Media Network).

Encouraged by SEJ’s then president, Christy George, Terri spent six weeks on location in 2007 producing the first in-depth story about the impact of climate change on tribal lands. Her coverage began to expand to Indigenous Peoples the world over, including at the 2009 UN climate summit in Copenhagen, Denmark, with funding from the International Funders for Indigenous Peoples, and the 2010 UN climate summit in Cancun, Mexico, with a fellowship from Earth Journalism Network.

Terri is currently traveling the Pacific Northwest in an RV, producing stories on ocean acidification, the exchange of traditional ecological knowledge in the Pacific Northwest, and many others, which may be found on her blog, Mother Earth Journal. You may also follow her on Twitter @terrihansen and Facebook.