Letter From DC: Journalists Standing Together

A Personal Message from the Executive Director 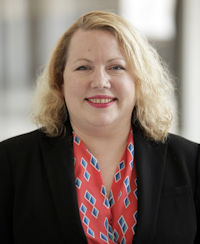 June 3, 2020 — Like many of you, I have been watching the protests against police brutality here in Washington, DC, from the relative safety afforded by my privilege. I’m devastated by the killings of George Floyd, Breonna Taylor, Ahmaud Arbery and the many other people whose deaths were apparently motivated by the color of their skin. And I’m scared for what might happen to my beloved city and its citizens.

The unrest has affected the neighborhood where SEJ’s virtual headquarters is located; 1629 K ST NW is only a few blocks north of the White House. But SEJ has been a fully remote organization since 2017, with all staff working from their home offices and our files in the cloud. These steps have helped the SEJ team weather the coronavirus crisis with minimal physical disruption or near-term financial impact (see Meera Subramanian’s most recent SEJ President’s Report). But the emotional and mental disruption is another matter.

Aside from the thwap thwap of helicopters and the rumble of the troop carriers through my neighborhood, I only see and hear what’s happening through the media, both traditional and social. In the latter, it is shockingly clear that the disinformation brigade has entered the chat. There were no three-story-tall fires or giant explosions in DC. There were no coordinated internet blackouts. The streets were not engulfed in flames, etc.

But what is all too real is the federal government’s efforts to demonstrate its power by endangering DC citizens and visitors. Monday’s actions by federal police forces, which were soundly condemned by DC’s elected local government, are made possible by DC’s shameful disenfranchisement, which persists in large part because the majority of DC residents are non-white. What the federal government does next here in the nation’s capital — and importantly, how that story is told — will carry enormous weight for the entire country and our democracy.

The second is Dr. King’s reminder that “the arc of the moral universe is long, but it bends towards justice.” The killing of George Floyd at the hands of the police is just the most recent and most visible injustice; those of us who are white have the privilege of ignoring the thousands of injustices, large and small, that happen every day to people who are not white. By recognizing this reality and sharing stories of injustice, we can make injustice more visible.

SEJ’s support for reporting on environmental justice and the environmental challenges facing marginalized and underrepresented communities is a small contribution to exposing injustice. But in order to bend the long arc, there is so much, much more that SEJ can and should do to best support journalists and communities of color. You can help by joining the SEJ-Diversity listserv and reaching out to the Diversity, Equity and Inclusion Committee and chair Lyndsey Gilpin.

Thank you for giving me the opportunity to serve journalism and justice. Please contact me at mparker@sej.org with any suggestions or ideas or questions or concerns. Stay safe, stay sane, stay healthy — and stay strong.