Environment Is on the Ballot in Election 2016 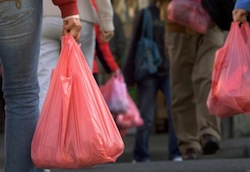 Issue Backgrounder: Environment Is on the Ballot in Election 2016

By Joseph A. Davis

The differences between GOP presidential contender Donald Trump and Democrat Hillary Clinton on environmental and energy issues are stark and well-documented — Clinton wants to continue President Obama’s climate-control plan and add more clean-energy jobs, while Trump thinks global warming is a Chinese hoax and wants to bring back coal. But in three presidential debates this fall, these topics were barely mentioned.

That doesn’t mean they won’t count on Election Day. In Congress, for instance, some races will have big environmental impact. And if control of the Senate goes to the Democrats, that will change somewhat the prospects for environmental legislation — ranging from the currently languishing energy bill to the treaty banning climate-warming HFC gases.
Environmentalists are certainly weighing in. For the Senate, the League of Conservation Voters is opposing incumbent Ron Johnson (R-Wisc.) and backing open-seat contenders Katie McGinty (D-Pa.) and Catherine Cortez Masto (D-Nev.). LCV is also backing Tammy Duckworth (D-Ill.), who is challenging incumbent Sen. Mark Kirk (R-Ill.).
While odds of Democrats taking the House are still considered slim, some House races will have environmental impact, too. The LCV has so far endorsed some 83 House candidates, many of them Democrats who are predictable supporters of the environment. Still, there are horse races — one example being the challenge to House Science Committee Chairman Lamar Smith (R-Texas) by long-shot Democrat Tom Wakely, who is challenging him on the climate issue. An upset here would be news.
Environmental issues will be in play in races for some governorships and state houses, too. An example is North Carolina, where incumbent Gov. Pat McCrory is facing a stiff challenge from Democrat Roy Cooper. The record of McCrory, a former Duke Energy executive, on coal ash is actually a big issue — but the race is not purely about the environment.
Coal, oil, chemical, timber and agribusiness industries spend a lot on elections.  But so do environmental groups. This year, the LCV is spending at least $40 million on all elections. Other big environmental players in electoral politics include billionaire Tom Steyer's NextGen Climate and the Sierra Club network. Checking in with such groups can add insight if you are covering environmental issues in state and local races.
On the ballot — bags, solar, soda
Pollsters and pundits have long been fond of telling us that environmental issues aren't "salient." That is, their importance does not stand out in people's minds as strongly as other issues, like jobs, terrorism, health care, immigration, guns or taxes.

But to the extent the environment will be on the ballot Nov. 8, it’s not just through the election of public officials. In at least eight states there are ballot measures that deal with energy, environment and related topics, with several of those hotly contested.

According to Ballotpedia, some 163 measures will appear on statewide ballots, although only a fraction relate to environment and energy. These include measures on plastic bags, solar energy and soda taxes (while the latter is not, strictly speaking, “environmental,” it is an important issue to the “food movement,” which takes on many environmental issues, and can also reduce soda consumption, which can affect people’s health).

There are a lot more ballot issues this November than those mentioned above.