Tour bus staging, registration and SEJ table for sign-ups, as well as evening receptions, will be held at the Chattanooga Convention Center, 1150 Carter Street, Chattanooga.

Note: All information is subject to change. Please check back often for updates and information on event times, speakers, etc.

Sign up for Mini-Tours at the nearby SEJ table. If you didn’t sign up ahead of time for a Thursday tour, Friday dinner and tour of the Tennessee Aquarium, or Sunday morning breakfast, there may still be room — please check with registration.

Location: At the Information booth near the ballroom

Sign up here for Mini-Tours. Read up on SEJ Board candidates, and find information about SEJ Award winners, membership and services. Pick up copies of SEJournal, and other SEJ information.

Day Tours (in the field)

Advance registration and a fee are required for all Thursday tours. Registered tour attendees should report to the staging area no later than 15 minutes before their scheduled departure time. All tours depart promptly at times listed below and return to the Chattanooga Convention Center about 5:00 p.m.

Buses will stage and depart from the Chattanooga Convention Center outside Meeting Room 1 on Carter Street. Stop by registration near the ballroom to pick up your conference materials, then exit through the doors near Meeting Room 1.

A cash-and-carry breakfast kiosk will be set up in the departure area from 6:00 - 10:00 a.m. For those looking for a full breakfast, the Marriott at the Convention Center's Terrace Grille and the Lookout Café coffee shop open at 6:30 a.m.

Coal has kept us warm, given us light and fueled our manufacturing, but not without costs that aren’t listed on electric bills and often aren’t considered during energy policy debates. In East Tennessee, the 2008 collapse of a coal-ash impoundment near TVA’s Kingston Fossil Plant provided a vivid glimpse of the “grave” part of coal’s life cycle. More than a billion gallons of slushy coal ash spilled over farms and homes and into area waterways. The incident highlighted the lack of comprehensive federal regulations governing the handling and disposal of coal ash — a problem the Obama administration promised to address, but has yet to act upon. We’ll visit the Kingston site to see the mammoth engineering and progress on the cleanup and hear what experts on all sides of this issue have to say about what is — and isn’t — being done about the coal-ash problem. Total drive time – 4 hours. Coverage.

Chattanooga, a city once known for its pollution, had the nation’s dirtiest air in 1969, and some of the most tainted streams. During the last two decades, however, local leaders worked to re-invent the foundry town into “Scenic City,” spending millions to clean up its air and water and attract greener manufacturers. We’ll tour Volkswagen’s platinum-LEED-certified auto plant and solar farm on a once-contaminated brownfield left from a U.S. Army TNT production site. We’ll see some remaining legacy challenges, experience before-and-after photos and stories, and examine futuristic technologies ranging from smart streetlights to tech startups relying on the fastest fiber-optic network in the nation. Total drive time – 1.5 hours. Coverage.

4. Biodiversity 1: From the Mountain Tops to the River Bottoms

The abundance of aquatic life in the Conasauga River is evident the moment the facemask goes underwater. Since 2000, the U.S. Forest Service has provided guided snorkel trips on this clear mountain stream near the Tennessee-Georgia line. Surrounded by the Cherokee National Forest, the Conasauga is home to the Conasauga logperch, a tiny darter known only in a 12-to-20-mile stretch of the river. Snorkelers also can expect to see striped-neck turtles, banded sculpin and Tennessee shiners, whose streamlined bodies sparkle like mirrors. Experts from the Tennessee Aquarium and the Cherokee National Forest will be on hand to lead the snorkeling and talk about the region's world-famous aquatic biodiversity. The tour also will include hikes and birding tours along nearby national forest hiking trails. Total drive time – 3 hours. Coverage.

The Tennessee Valley Authority introduced electricity to the Southeast in the 1940s, beginning with the harnessing of the Tennessee River. There the movement of water is captured for electricity, flowing mile after mile through nine hydropower plants and dams. Along the way, the water in the 652-mile Tennessee River also cools six nuclear reactors (soon to be seven) at three different nuclear plants. We’ll visit the Sequoyah Nuclear Plant and the Chickamauga Dam and hydropower facility. We’ll hear about the Raccoon Mountain Pumped Storage facility, which helps TVA manage peak power demands, and we’ll learn how a utility serves seven states and gets power to nine million people in homes and businesses. Total drive time – 1.5 hours.

6. Biodiversity 2: Threats and Opportunities on the Species-Rich Cumberland Plateau

We’ll start at South Cumberland State Park’s Fiery Gizzard, where a small insect called the woolly adelgid threatens eastern hemlocks. Next up, Sewanee: The University of the South’s campus, a model for land stewardship in the region. With over 1,070 taxa of vascular plants on its 13,000 acres, Sewanee is one of the most biologically diverse campuses in the nation. We’ll visit the Landscape Analysis Laboratory and Herbarium to learn about exotic plants, deer overpopulation, regional habitat loss, and climate change, and we’ll hike to a rare stand of remaining old-growth forest. We’ll end the day at the proposed Paint Rock River National Wildlife Refuge to learn about the U.S. Fish & Wildlife Service’s latest conservation efforts. Total drive time – 3.5 hours. Coverage.

Fracking has taken place occasionally and quietly in Tennessee for more than 60 years, but the practice has recently come under added scrutiny in the Volunteer State. Environmentalists say state rules put into place two years ago do not go far enough to regulate fracking in Tennessee. Concerns have arisen about clean water, earthquakes and property rights. Last year, the issue became even more divisive when the University of Tennessee publicly announced it was considering leasing land for the activity. While much fracking when drilling for natural gas or oil here is done without the massive quantities of water seen elsewhere, questions remain about what’s going down in the way of chemicals — and what’s released in the way of natural poisons — from arsenic to radio-nuclides. Learn more as we take a tour through Tennessee’s hills and hollows where fracking has taken place — or is under consideration. Discussion will include differences in fracking practices and state regulations across the country. Total drive time – 4 hours. Coverage.

8. The New Civil War:
The Struggle to Preserve History

Chattanooga was the scene 150 years ago of some of the bloodiest fighting in the Civil War, and it’s also home to the first and largest national park dedicated to remembering our nation’s defining conflict. We’ll stroll the battlefield at Chickamauga, scale Lookout Mountain, and learn about the region’s Paleolithic and American Indian inhabitants at Moccasin Bend. Along the way, we’ll explore the role historic preservation has played in the conservation movement, and hear about the modern-day threats these places of cultural and ecological significance face from suburban sprawl, shrinking public funding and their own popularity. Total drive time – 2.5 hours. Coverage. 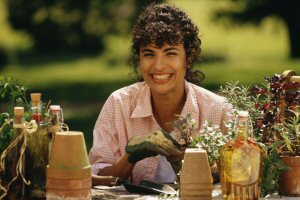 We’ll start at Sequatchie Cove Farm, a family-owned sustainable farm in the Sequatchie Valley that produces meat and dairy products for local restaurants and markets. Then we head to Crabtree Farms, a nonprofit urban farm in Chattanooga. We’ll learn from local community leaders about urban agriculture and how community gardens here are helping provide variety and a local flair to many downtown restaurants. We’ll also see how urban agriculture plays an important role in the movement for food justice, building community resilience using food as the common bond. We’ll watch a clip from Gaining Ground, a new film featuring Urban Tilth, a network of 11 community gardens in the heart of an impoverished, violence-riddled food desert in Richmond, Calif. Total drive time – 2 hours. Coverage.

A terrific chance to meet up with friends, old and new, and to meet with the independent hosts and hear about their environmental initiatives. Check your conference bag (or this web page) for a list of organizations and businesses ready to dispense great nibbles, quaffs and conversation. Sign up for test-drives of environmentally friendly vehicles and get the scoop on environmental issues from your independent reception hosts' experts.

Browse through this year's exhibits that offer information on issues and solutions, fellowships, source lists and maybe even some fun give-aways.

Location: Exhibit Hall D and in the Main Hallway

The University of Tennessee at Chattanooga bookstore will be open for business during the receptions. Stop by between 8:00 and 9:00 p.m. when authors will be on hand to sign their books.

An Evening with Aldo

Set one evening at Aldo Leopold's famous Wisconsin Shack, this one-man show — A Standard of Change — explores the influences and challenges that led Leopold to pen his conservation classic A Sand County Almanac. As the lights come up, Leopold walks up the path. It has been 65 years since his death, and although his National Historic Landmark Shack is little changed, the landscape is hardly recognizable to him. Awaiting him are memories, surprises, challenges, and revelations. Leopold invites his audience to join him as he reacquaints himself with his beloved landscape, remembers influential friends and family, quotes from some of his most important writings, and ponders his legacy. Coverage.