Journalism wasn’t my first choice for a career. Nor was photography.

I started out in zoology, and it was while working on wildlife studies that I first picked up a camera. I'd spend weeks in the field, and my camera was how I explored when not otherwise collecting data.

That's when I decided I wanted to spend my time visually examining all the ways our lives, science and environmental issues connect.

For a while, I tried to jump straight into storytelling, but I soon realized I had a lot to learn.

So I returned to school at the University of Colorado’s Center for Environmental Journalism. The program was largely print-based journalism, but I became a teaching assistant for the undergraduate photojournalism courses taught by New York Times photographer Kevin Moloney.

It was like getting a free extra education, and I became one of the first grad students to complete a multimedia piece for my master's project.

When I entered grad school in 2006, the nearby Rocky Mountain News had won two Pulitzer Prizes, but within three years the paper had shut down. Approaching my graduation in 2009, it seemed like news reached us every day of another paper closing.

There weren’t many staff jobs,

especially if you were a visual journalist

Sitting in class, I knew I wasn’t the only student wondering whether I’d made a big mistake. I had decided that environmental storytelling was my life’s purpose, and upended my life to get this training.

Now, I wasn’t sure what to do with it. There weren’t many staff jobs, and not many outlets willing to pay for in-depth reporting, especially if you were a visual journalist working on environmental issues.

With the entire landscape of journalism changing before our eyes, many of us were forced to find a new way.

While the downsides of these events were obvious, they also created new opportunities. But that meant some of the old rules had to loosen up.

The basic bedrocks of journalism that had upheld the institution for so long — maintain your independence, accept no gifts or compensation, avoid marketing and public relations — were experiencing the same challenges as the industry they supported.

This conflict immediately became apparent when I started working part-time as the science communicator for the Cooperative Institute for Research in Environmental Sciences, or CIRES, at the university.

I tried to keep one foot in the PR world and one in journalism by only pitching outside freelance stories, like wildlife conservation, that were unrelated to the subjects I covered at CIRES, like physics of arctic sea ice.

But in less than two years, I went completely freelance, and immediately faced a dilemma. Like so many others lacking solid past-project work experience, I was unlikely to be assigned a big project right off the bat.

So, teaming up with a friend, I assigned myself a big project.

Entitled “Cat in Water,” the project documented the story of endangered fishing cats. Only about 3,000 remain on Earth, and a small population had been discovered in fishing villages in southeastern Thailand, where industrial-scale shrimp farming was destroying their habitat.

At first, we were 100 percent independent. We crowdsourced funding and put other costs on our credit cards. We subsequently partnered with a non-profit, the WILD Foundation, which became our fiscal sponsor. And the Boulder Community Foundation later fronted a small grant so I could return to Thailand for follow-up work.

Most of my projects now still start with self-funding. “Trespass,” a long-term effort to document the environmental impacts of marijuana by drug cartels on California public lands, began with a single, self-funded trip.

While covering the work of Mourad Gabriel and Greta Wengert, a married team of ecologists who direct the Integral Ecology Research Center in Humboldt County, Calif., I became the lucky recipient of grants from both the Society of Environmental Journalists’ Fund for Environmental Journalism and later the NANPA Foundation’s Philip Hyde Grant.

More than five years into the project, Gabriel and Wengert are now writing my work into the broader impact statements of their grants. This, along with other sources of funding I’ve cobbled together, enables the continued in-depth documentation of this issue. I am both creating media for them, as well as publishing the same stories in magazines.

For a while, I didn’t know how to define myself. I’m essentially a wildlife photojournalist, using journalistic practices, but don’t consider myself a newspaper journalist. And I know there are some projects I would never pitch to a newspaper, unless it was for an op-ed.

That said, the gatekeepers seem to be comfortable with my methods.

While no longer independent,

I still approach storytelling with

the core tenets of journalism intact.

The main thing that helps straddle these worlds of independent reporting and working on sponsored projects comes down to integrity. While no longer independent, I still approach storytelling with the core tenets of journalism intact.

I’m not there to promote a specific agenda but to look at multiple sides of any issue and tell the story based on that reporting. In short, to perform due diligence.

And being a fellow with the International League of Conservation Photographers, a group of photo professionals who adhere to a strong code of ethical practices, also helps greatly.

Because a lot of distrust arises when the public doesn’t know how a story came to exist, I’m also very transparent about my partners, funding and agenda.

I often work with scientists, who are generally accepted by the journalism community, so I have no qualms about being seen as part of a storyteller/scientist duo.

This routinely happens at outlets such as National Geographic, with photographer partnerships like those between Christian Ziegler and the Smithsonian Tropical Research Institute in Panama.

I’ve lived a life that is almost equal parts assignments for magazines like Audubon, Smithsonian and bioGraphic, and projects for various nonprofits, universities and businesses. That has been the only way I can sustain a livelihood and create visually rich, in-depth stories.

So this past year, I fully embraced both worlds, and founded Neon Raven Story Labs, a visual storytelling platform that creates stories and trains new storytellers.

Outlets need in-depth environmental reporting, but few have much of a budget to support it. Even if they do their own reporting, they still need the imagery to accompany it.

So one of Neon Raven Story Labs’ goals is to provide more people with niche training that includes how to responsibly and accurately produce these stories, as well as navigating the business side, like fundraising.

While the collapse and dispersal of the journalism world have carried no shortage of anxieties, it’s forced us to adopt new and varied models to continue making responsible environmental coverage possible.

I now feel less guilty about working in so many different arenas and spend less time agonizing about how to define myself.

At the end of the day, it’s the integrity of your reporting that ultimately translates into employment, whether at a nonprofit or The New York Times.

Morgan (Mo) Heim is a senior fellow with the International League of Conservation Photographers and a former board member of the North American Nature Photography Association. She has worked on two National Geographic-granted projects, one on urban coyotes and the other for the feature film, “Deer 139,” following the migration of a single, pregnant mule deer across Wyoming. Her photos and writing appear in outlets such as BBC Wildlife, Smithsonian, Nature Conservancy, World Wildlife, Newsweek and Playboy. Her film collaborations have appeared in Banff Mountain Film Festival, Adventure Film, Telluride and the International Wildlife Film Festival. In 2016, “The Snow Guardian” received second place recognition in the Film4Climate Competition in association with COP22 and has since gone viral. 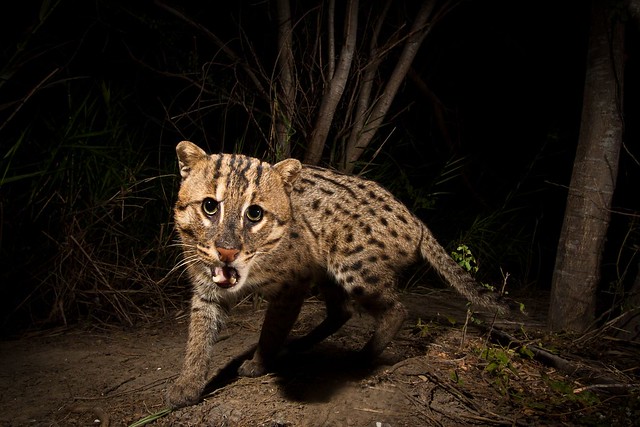